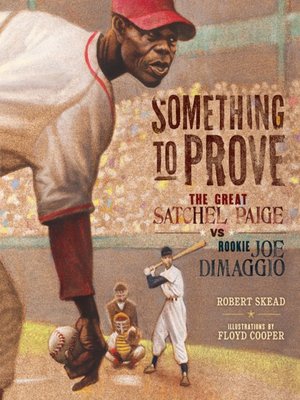 In 1936, the New York Yankees wanted to test a hot prospect named Joe DiMaggio to see if he was ready for the big leagues. They knew just the ballplayer to call—Satchel Paige, the best pitcher anywhere, black or white. For the game, Paige joined a group of amateur African American players, and they faced off against a team of white major leaguers plus young DiMaggio. The odds were stacked against the less-experienced black team. But Paige's skillful batting and amazing pitching—with his "trouble ball" and "bat dodger"— kept the game close. Would the rookie DiMaggio prove himself as major league player? Or would Paige once again prove his greatness—and the injustice of segregated baseball?