America's Urban Crisis and the Advent of Color-Blind Politics

ebook ∣ Education, Incarceration, Segregation, and the Future of the U.S. Multiracial Democracy 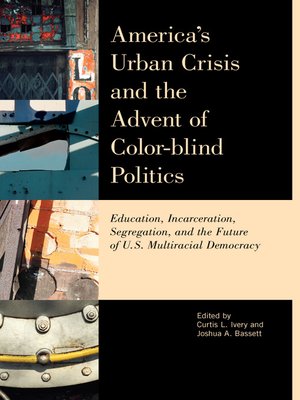 View more libraries...
Over 40 years ago the historic Kerner Commission Report declared that America was undergoing an urban crisis whose effects were disproportionately felt by underclass populations. In America's Urban Crisis and the Advent of Color-blind Politics, Curtis Ivery and Joshua Bassett explore the persistence of this crisis today, despite public beliefs that America has become a "post-racial" nation after the election of Barack Obama to the presidency.
Ivery and Bassett combine their own experience in the fields of civil rights and education with the knowledge of more than 20 experts in the field of urban studies to provide an accessible overview of the theories of the urban underclass and how they affect America's urban crisis. This engaging look into the still-present racial politics in America's cities adds significantly to the existing scholarship on the urban underclass by discussing the role of the prison-industrial complex in sustaining the urban crisis as well as the importance of the concept of multiracial democracy to the future of American politics and society. America's Urban Crisis and the Advent of Color-blind Politics encourages the reader not only to be aware of persisting racial inequalities, but to actively engage in efforts to respond to them.