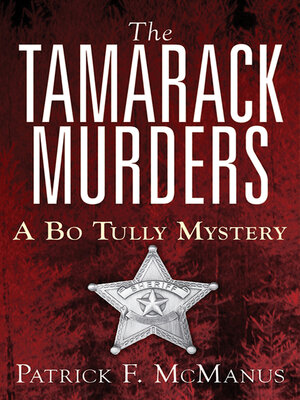 View more libraries...
A small-town Idaho sheriff searches for missing loot and a killer in this mystery by the New York Times–bestselling author of The Huckleberry Murders.
Bo Tully, sheriff of Blight County, Idaho, has seen his share of small-town crime. Fact is, everyone in the area knows Tully, and knows his Blight Way of doing things. But when he and his deputy hike into the deep woods, tracking a suspected bank robber, little do they realize that they are about to witness a murder—and that, in turn, will lead the sheriff on an intricate trail, a series of twists and turns demanding his utmost attention and keenest crime-solving abilities.
Along the way, Tully has to deal with the likes of a shadowy local named Gridley Shanks, who seems to have a spider web of connections throughout town; two out-of-town elk hunters who don't know much about elk hunting, but are tied to the murder; an elderly couple who end up dead while caring for a rundown mansion and property out of town; a sassy assistant named Daisy; an attractive, tough FBI agent named Angie, who suddenly finds herself involved in her first murder investigation; and a host of other characters. There's also the case of missing loot, which no one can find—at least, until Tully puts his mind to it.
Will Tully get his man (or men) this time? Does the Blight Way ever fail? Read another page-turning mystery turned misadventure by New York Times–bestselling author Patrick F. McManus.
Praise for Patrick F. McManus
"Everybody should read Patrick McManus." —The New York Times Book Review
"A style that brings to mind Mark Twain, Art Buchwald, and Garrison Keillor." —People