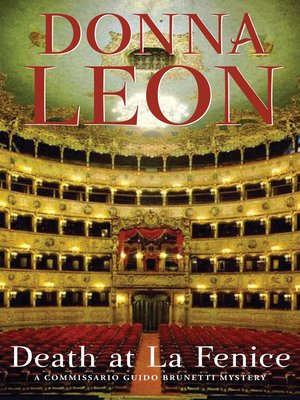 View more libraries...
A conductor succumbs to cyanide at the famed Venice opera house, in the first mystery in the New York Times–bestselling, award-winning series.

During intermission at the famed La Fenice opera house in Venice, Italy, a notoriously difficult and widely disliked German conductor is poisoned—and suspects abound. Guido Brunetti, a native Venetian, sets out to unravel the mystery behind the high-profile murder. To do so, he calls on his knowledge of Venice, its culture, and its dirty politics. Along the way, he finds the crime may have roots going back decades—and that revenge, corruption, and even Italian cuisine may play a role.

"One of the most exquisite and subtle detective series ever." —The Washington Post

"A brilliant writer . . . an immensely likable police detective who takes every murder to heart." —The New York Times Book Review