audiobook (Unabridged) ∣ The destruction of Slavery in the United States, 1861-1865 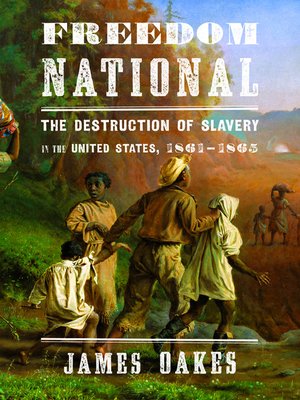 The consensus view of the Civil War—that it was first and foremost a war to restore the Union, and an antislavery war only later when it became necessary for Union victory—dies here. James Oakes's groundbreaking history shows how deftly Lincoln and congressional Republicans pursued antislavery throughout the war, pragmatic in policy but steadfast on principle.

In the disloyal South the federal government quickly began freeing slaves, immediately and without slaveholder compensation, as they fled to Union lines. In the loyal Border States the Republicans tried coaxing officials into abolishing slavery gradually with promises of compensation. As the devastating war continued with slavery still entrenched, Republicans embraced a more aggressive military emancipation, triggered by the Emancipation Proclamation. Finally it took a constitutional amendment on abolition to achieve the Union's primary goal in the war. Here, in a magisterial history, are the intertwined stories of emancipation and the Civil War.