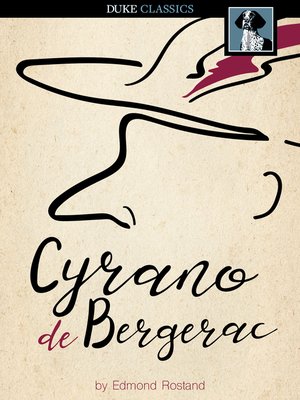 Very loosely based on the life of a French duelist and playwright, Cyrano de Bergerac is a play in verse that tells the tale of soldier who is gifted with every imaginable positive attribute—except that of a handsome appearance. Because of his perceived ugliness (including a disproportionately large nose), Cyrano feels unworthy of the woman he loves and vents his emotions via other—sometimes amusing, sometimes tragic—channels.