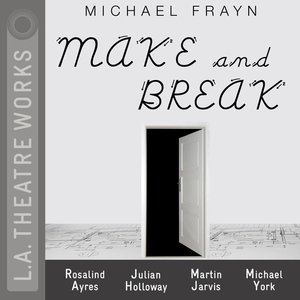 From the author of Copenhagen and Noises Off. A comedy-drama about a door manufacturing company and a fateful convention in Frankfurt.

Directed by Robert Robinson. Recorded before a live audience in February, 1993.