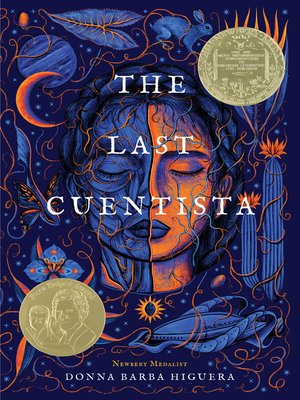 View more libraries...
Winner of the John Newbery Medal
Winner of the Pura Belpré Award
TIME's Best Books of the Year
Wall Street Journal's Best of the Year
Minneapolis Star Tribune's Best of the Year
Boston Globe's Best of the Year
BookPage's Best of the Year
Publishers Weekly's Best of the Year
School Library Journal's Best of the Year
Kirkus Reviews' Best of the Year
Bank Street's Best of the Year
Chicago Public Library's Best of the Best
New York Public Library Best of the Year
A Junior Library Guild Selection
Cybils Award Finalist
From Pura Belpré Award winner and Newbery Medalist, Donna Barba Higuera—a brilliant journey through the stars, to the very heart of what makes us human.
"Gripping in its twists and turns, and moving in its themes – truly a beautiful cuento."—New York Times
"Clever and compelling ... wonderfully subversive."—The Wall Street Journal
★ "This tale packs a wallop. Exquisite."—Kirkus Reviews (starred)
★ "Gripping, euphonious, and full of storytelling magic."—Publishers Weekly (starred)
★ "A strong, heroic character, fighting incredible odds to survive and protect others."—School Library Journal (starred)
Había una vez . . .
There lived a girl named Petra Peña, who wanted nothing more than to be a storyteller, like her abuelita.
But Petra's world is ending. Earth has been destroyed by a comet, and only a few hundred scientists and their children – among them Petra and her family – have been chosen to journey to a new planet. They are the ones who must carry on the human race.
Hundreds of years later, Petra wakes to this new planet – and the discovery that she is the only person who remembers Earth. A sinister Collective has taken over the ship during its journey, bent on erasing the sins of humanity's past. They have systematically purged the memories of all aboard – or purged them altogether.
Petra alone now carries the stories of our past, and with them, any hope for our future. Can she make them live again?