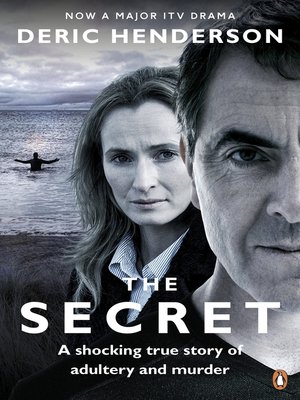 The killer dentist, his mistress, how they murdered their spouses - and how they almost got away with it.
Now a major four-part ITV drama starring James Nesbitt:
- 'Unswitchoffable' Guardian
- 'James Nesbitt is at his magnetic best' The Times
- 'The most grown up drama of the week and it's brilliant' Observer
- 'Terrific, intensely gripping' Daily Telegraph
May 1991 in the seaside town of Castlerock in Northern Ireland and the bodies of two people - police officer Trevor Buchanan and nurse Lesley Howell - are found in a car filled with carbon monoxide. Their spouses are having an affair and, it appears, the pair are so distraught they have taken their own lives. Their adulterous spouses - Sunday school teacher Hazel Buchanan and dentist Colin Howell - had met in the local Baptist Church. Following the apparent double-suicide, they continued their affair secretly but both later remarried other people.
A series of disasters in Howell's life - bereavement, financial disaster, sexual scandal - made him reveal his darkest secrets to the elders of his church. Among other things, he told them that he and Hazel Stewart had conspired to murder their spouses nearly two decades earlier. That confession led to two of the most sensational murder trials ever seen in the United Kingdom, Howell's conviction for murder in December 2010 and Stewart's in March 2011, despite her protestations of innocence.
'It was a dance between control and manipulation' - Colin Howell at the trial of Hazel Stewart
With The Secret, distinguished journalist Deric Henderson has produced the definitive account of one of the most extraordinary murder cases to hit these islands for decades.