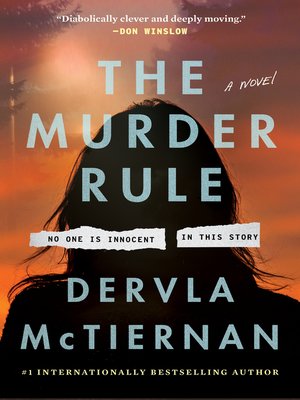 "Matters culminate in a courtroom fireworks display worthy of Perry Mason in his prime. The Murder Rule holds one's interest from its cheeky opening pages through its final scene." —Wall Street Journal

For fans of the compulsive psychological suspense of Ruth Ware and Tana French, a mother daughter story—one running from a horrible truth, and the other fighting to reveal it—that twists and turns in shocking ways, from the internationally bestselling author of The Scholar and The Ruin.

Second Rule: Make them need you.

They think I'm a young, idealistic law student, that I'm passionate about reforming a corrupt and brutal system.

They think I'm working hard to impress them.

They think I'm here to save an innocent man on death row.

They're wrong. I'm going to bury him.