A Forever Kind of Love 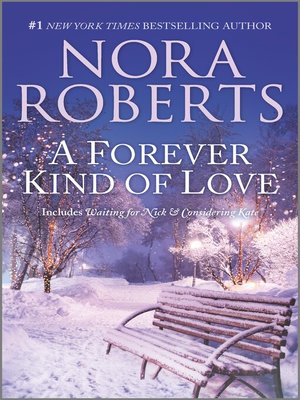 View more libraries...
The Stanislaski dynasty lives on as the next generation looks for love!
Waiting for Nick
Frederica Kimball has had a crush on Nicholas LeBeck since they were kids. Once a reckless teenager, Nick has cleaned up his act and is now one of the most sought-after composers on Broadway. So when Freddie is offered the opportunity to work on a musical with Nick, she wastes no time. She moves to New York City to be closer to Nick...and to be independent for once. Freddie is tired of being looked at like a helpless child and determined to prove she's not a little girl anymore. If only Nick would see things that way, too...

Considering Kate
Kate Stanislaski Kimball is ready for change. After years in the spotlight, Kate retires from her job as a prima ballerina and decides to open a dance studio in her small hometown. She finally owns the historic building she admired as a kid but needs help fixing it up—which comes in the form of handsome contractor Brody O'Connell. Kate is attracted to Brody the first time she sees him, though Brody insists he's not interested. But no matter how professional Brody tries to keep their relationship, there's no denying the connection he feels with Kate.