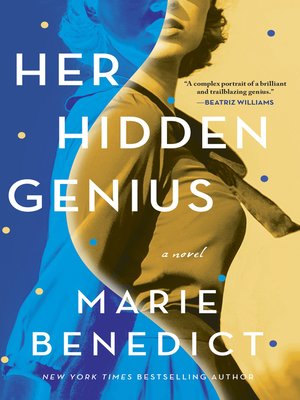 "Brings to life Franklin's grit and spirit...an important contribution to the historical record." —The Washington Post

The new novel from the New York Times bestselling author of The Mystery of Mrs. Christie!

She changed the world with her discovery. Three men took the credit.

Rosalind Franklin has always been an outsider—brilliant, but different. Whether working at the laboratory she adored in Paris or toiling at a university in London, she feels closest to the science, those unchanging laws of physics and chemistry that guide her experiments. When she is assigned to work on DNA, she believes she can unearth its secrets.

Rosalind knows if she just takes one more X-ray picture—one more after thousands—she can unlock the building blocks of life. Never again will she have to listen to her colleagues complain about her, especially Maurice Wilkins who'd rather conspire about genetics with James Watson and Francis Crick than work alongside her.

Then it finally happens—the double helix structure of DNA reveals itself to her with perfect clarity. But what unfolds next, Rosalind could have never predicted.

Marie Benedict's powerful new novel shines a light on a woman who sacrificed her life to discover the nature of our very DNA, a woman whose world-changing contributions were hidden by the men around her but whose relentless drive advanced our understanding of humankind.

The Only Woman in the Room

The Mystery of Mrs. Christie