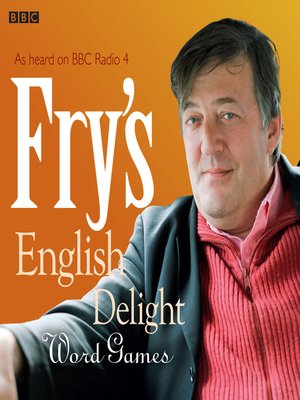 Is English an innately playful language? Are word games good for you? Do we divide into number and word players? And could Scrabble have been invented in any other language?

We'll travel deep inside the mind of puzzle-setter Chris Maslanka and visit the Comedy Store in London to experience the lightning reflexes of some top word-athletes. Plus, we'll examine an extraordinary claim—that the fashion for increasingly cryptic crosswords helped to defeat Hitler.

Stephen Fry celebrates the fun side of the English language in this exclusive extended edition of a BBC Radio 4 special.