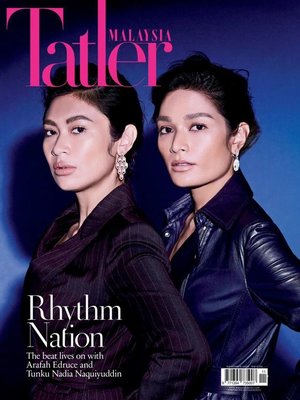 • A fashion designer shares a touching story, a photographer has us looking at KL city with fresh eyes, and we shine a light on the iconic saree

• Tatler Malaysia hosted its first ever Asia’s Most Stylish One Night Only fashion event at Pavilion, Lumpur

• The Gen.T List 2020 unveiling event generated an optimistic buzz for

A A Steelier Spirit Spine ,

• Being a parent of three is already a full-time job in itself, but Shaleen Cheah is a fashion designer who’s back and here to stay, even when the going gets tough

Score an Ace on the Fairway

Hardest Golf Courses in the World

• As Deepavali , we a light on one of India’s most historically as well as culturally significant garments together with designers Dato’ Sri Bernard Chandran and Pavithra Varathan

Part of the Act

• Tong Bing Yu recently won Indie Film Festival. We catch up with the Malaysian star on her as an producer

To Malaysia with Love

• We’ve got mail! Having carved new destinies for themselves overseas, three Malaysian women in F&B write home about coping amidst the current

• Photographer Patrick Teow, better known by his Instagram handle @heartpatrick, shows us a different side of Kuala Lumpur that has us seeing the city we live in with fresh eyes

Pavilion Embassy, an Exclusive Address in the City

• Savour life’s moments in Mayfair Residences at Pavilion Embassy, where prestige meets practicality at the heart of Embassy Row in KL’s city centre

• Co-founder of OpenHouse Andrew Wong takes us on a journey of celebrating local ingredients and traditional dishes through a modern, finer dining experience

• They’re famous for being high achievers, but what are the young leaders on the Gen.T List 2020 like outside work?

• Starting as a Yayasan Generasi Gemilang, Melissa had no idea this would catapult her into a rewarding career

The Future is Now

• Liam King, principal of the Australian International School Malaysia, tells us what it means to have had a hand in the growth of a future generation

• Kenzo artistic director Felipe Oliveira Baptista on propelling the brand into the future, gothic looks are photographed in the British countryside, and Korean designer Minju Kim discusses her firsts

• Before becoming the inaugural winner of Netflix s fashion design competition Next In Fashion earlier this year, 34-year-old South Korean designer Minju Kim had long been dressing K-Pop stars, including stage costumes for BTS and Red Velvet. After the win—which earned her global recognition and a capsule collection launch on Net-a-Porter—the soft-spoken designer, known for her billowing confections, has been welcomed into the luxury e-tailer’s Vanguard programme, providing her with the resources and exposure to grow.

• New designs are always exciting, but Bonia’s revival of its...