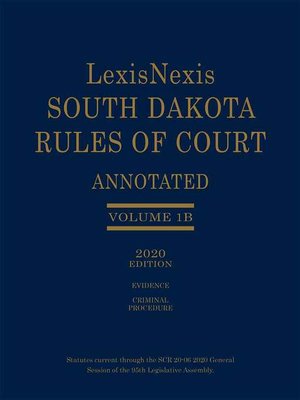 Both volumes are heavily annotated with case notes derived from decisions of the South Dakota Supreme Court and appropriate Federal Courts.