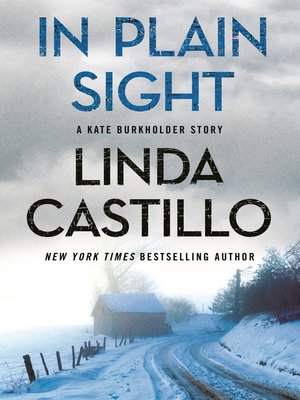 From Linda Castillo, the New York Times bestselling author of A Gathering of Secrets, comes a new Kate Burkholder short mystery, In Plain Sight: a story of star-crossed love and murder in Amish country.
Seventeen year old Amish boy, Noah Kline, is struck by a car as he walks alongside a dark country road late one night in Painters Mill. Seriously injured, he lapses into a coma. Initially, Chief of Police Kate Burkholder believes it's a straightforward hit and run, a driver that panicked and fled. But evidence soon emerges that the incident wasn't accidental at all—and Kate uncovers a story of teenage passion and jealousy that may have led to attempted murder.