The Bones Beneath My Skin 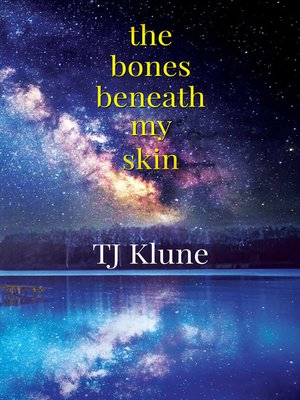 In the spring of 1995, Nate Cartwright has lost everything: his parents are dead, his older brother wants nothing to do with him, and he's been fired from his job as a journalist in Washington DC. With nothing left to lose, he returns to his family's summer cabin outside the small mountain town of Roseland, Oregon to try and find some sense of direction.

The cabin should be empty.

Inside is a man named Alex. And with him is an extraordinary little girl who calls herself Artemis Darth Vader.

Artemis, who isn't exactly as she appears.

Soon it becomes clear that Nate must make a choice: let himself drown in the memories of his past, or fight for a future he never thought possible.

Because the girl is special. And forces are descending upon them who want nothing more than to control her.