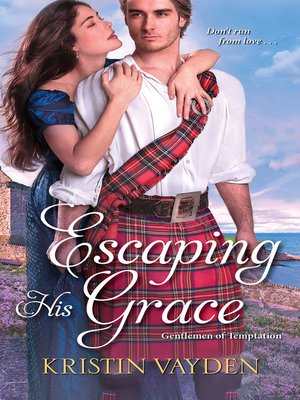 To escape her father's marriage match, a lady flees to Scotland—where her false identity leads to true love in this steamy Regency romance.
Lady Samantha Chatterworth will do anything to avoid being forced into a loveless marriage by her tyrannical duke of a father. That would explain why she's in Edinburgh, Scotland, calling herself Miss Miranda. She soon finds safety working in the household of the unsuspecting—and irresistible—Heathcliff Marston, Viscount Kilpatrick.
Between the gentlemen's club he runs and his newly acquired ward, Heathcliff has enough to worry about without investigators hounding him about some duke's runaway daughter. At least he's secured a governess—no doubt a sour woman. Or so he expects, until he meets intriguing Miranda. Certainly, a peer of the realm would never entertain a dalliance with the help . . . but this is no ordinary dalliance, and the Viscount is no ordinary peer of the realm . . .