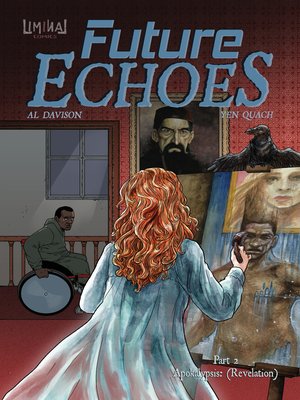 Part 2 of the 3-part Future Echoes serial. Harlan is a brilliant scientist who follows his own path and refuses to let anyone tell him how to live just because he's a wheelchair user. He has only one passion: to prove that there is no such thing as the supernatural. He doesn't believe in ghosts any more than he believes in love. One night in an abandoned chateau on the outskirts of Paris just might change his mind . . . if he survives.

Because even though no one's lived in the old Vine estate for over a century, Harlan's not alone there anymore.