A Macat Analysis of The New Jim Crow: Mass Incarceration in the Age of Colorblindness 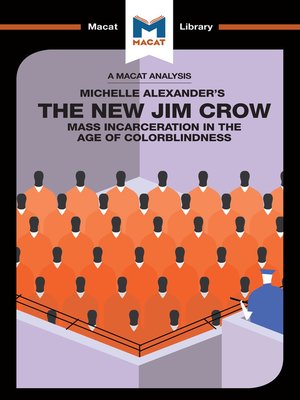 The United States has the world's largest prison population, with more than two million behind bars. Alexander says this is mainly due to America's 'war on drugs,' launched in 1982. In The New Jim Crow, she explains how this government initiative has led to America's black citizens being imprisoned on a colossal scale. She compares this mass detention—with black men up to 50 times more likely to be jailed than white men—to the Jim Crow era segregation that once pervaded the American South. Though the Civil Rights Movement supposedly ended segregation in the early 1960s, the war on drugs opened the door to a new racial caste system.