The Other Side of the Sun 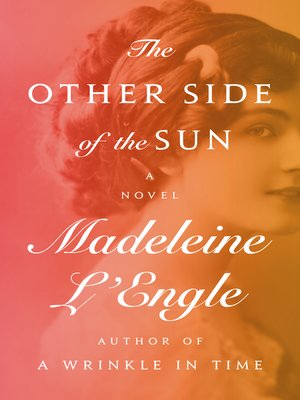 View more libraries...
From the National Book Award–winning author of A Wrinkle in Time, an atmospheric novel of a young British bride in the American South after the Civil War.
When nineteen-year-old Stella marries Theron Renier, she has no idea what kind of clan she's joined. Soon after their arrival at Illyria, the Reniers' rambling beachside home, Theron is sent on a diplomatic mission, leaving Stella alone with his family.

As she tries to settle into her new life, Stella quickly discovers that the Reniers are not what they seem. Trapped in a world unlike anything she's ever known, vulnerable Stella attempts to uncover her new family's dangerous secrets—and stirs up a darkness that was meant to stay buried.

From the beloved, National Book Award–winning author of A Wrinkle in Time, The Other Side of the Sun showcases Madeleine L'Engle's talent for involving and suspenseful storytelling.

This ebook features an illustrated biography of Madeleine L'Engle including rare images from the author's estate.