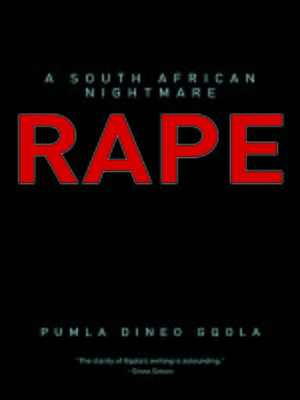 South Africa has been called the 'rape capital'. Is this label accurate? What do South Africans think they know about rape? South Africa has a complex relationship with rape. Pumla Dineo Gqola unpacks this relationship by paying attention to patterns and trends of rape, asking what we can learn from famous cases and why South Africa is losing the battle against rape. Gqola looks at the 2006 rape trial of Jacob Zuma and whattranspired in the trial itself, as well as trying to make sense ofpublic responses to it. She interrogates feminist responses to the Anene Booysen case, amongst other high profile cases of genderbased violence. Rape: A South African Nightmare is a necessary book for various reasons. While volumes exist on rape in South Africa, much of this writing exists either in academic journals, activist publications or analysis pages of select print media. This is a conclusive book on rape in South Africa, illuminating aspects of South Africa's rape problem and contributing to shifting the conversation forward. It is indebted to insights from available research, activism, the author's own immersion in Rape Crisis, the 1 in 9 Campaign and feminist scholarship. Analytically rigorous, it is intended for a general readership.