A Concise History of the Middle East 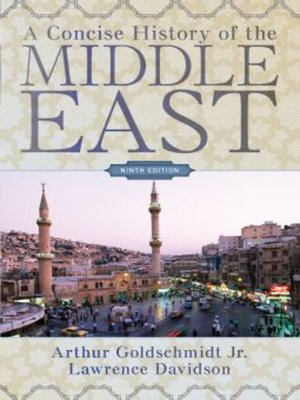 The ninth edition of this widely acclaimed text by Arthur Goldschmidt Jr. and Lawrence Davidson has been extensively revised to reflect the latest scholarship and the most recent events in the Middle East. As an introduction to the history of this turbulent region from the beginnings of Islam to the present day, the book is distinguished by its clear style, broad scope, and balanced treatment. It focuses on the evolution of Islamic institutions and culture, the influence of the West, the modernization efforts of Middle Eastern governments, the struggle of various peoples for political independence, the course of the Arab-Israeli conflict, the reassertion of Islamic values and power, the issues surrounding the Palestinian Question, and the roles of Iraq and Iran in the post-9/11 Middle East. Nine maps newly commissioned for the ninth edition highlight key aspects of Middle East history. Two popular study aids, the chronology and the glossary, have been extensively revised, and the superlative bibliographic essay, an essential guide to further reading, has been thoroughly rewritten to reflect current scholarship.