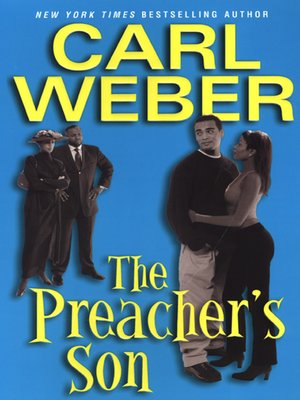 New York Times bestselling author Carl Weber has won over readers and critics alike with his smart, sexy, page-turning tales of family drama. Now he delivers his most powerful novel yet—an explosive story about an esteemed church family with a whole lot of repenting to do. . .

Bishop T.K. Wilson, popular pastor of the largest African American church in Queens, New York, has decided to run for borough president. But his family values platform is on shaky ground. In public, his wife and two children are a shining example of respectability. Yet privately, the Wilson kids are giving in to the same temptations as any other young adults. And their parents have no idea what’s going on behind closed doors—including the closed doors of the church offices.

As the bishop’s son, Dante Wilson is treated like royalty, and his good looks cause the congregation’s young women to think—and act on—some very impure thoughts. Personable and smart, he’s expected to assume his father’s position one day. The problem is, Dante wants to be a lawyer, and that’s not the only secret he’s keeping. He’s also met the woman of his dreams—who happens to be his parents’ worst nightmare. But Dante isn’t the only one who’s about to test his parents’ faith…

Dante’s younger sister, Donna, is as sweet as they come, yet she isn’t exactly the virginal princess her beloved daddy thinks she is. And thanks to her suspicious, ambitious, not to mention meddling, mother, he’s about to find that out—and more. To add insult to injury, Donna’s transgressions involve another man of God. And that’s only the beginning.

Just as the Pandora’s box of unwelcome surprises seems empty, it turns out that even Bishop Wilson has some skeletons in his closet—the kind that could cost him everything. Now all the Wilsons will have to face their demons…and discover what family values are really about.