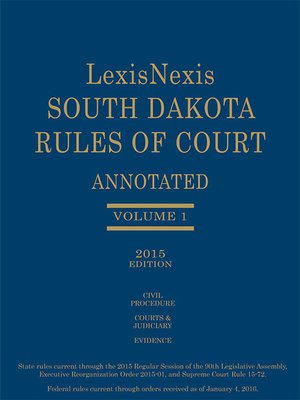 Both volumes are heavily annotated with case notes derived from decisions of the South Dakota Supreme Court and appropriate Federal Courts.

The eBook versions of this title feature links to Lexis Advance for further legal research options.