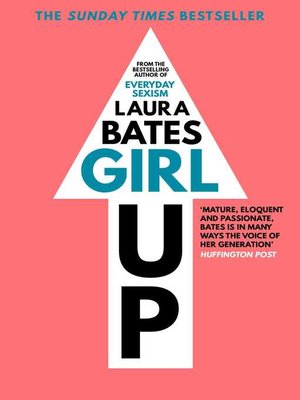 View more libraries...
They told you you need to be thin and beautiful.
They told you to wear longer skirts, avoid going out late at night and move in groups - never accept drinks from a stranger, and wear shoes you can run in more easily than heels.
They told you to wear just enough make-up to look presentable but not enough to be a slut; to dress to flatter your apple, pear, hourglass figure, but not to be too tarty.
They warned you that if you try to be strong, or take control, you'll be shrill, bossy, a ballbreaker. Of course it's fine for the boys, but you should know your place.
They told you 'that's not for girls' - 'take it as a compliment' - 'don't rock the boat' - 'that'll go straight to your hips'.
They told you 'beauty is on the inside', but you knew they didn't really mean it.
Well I'm here to tell you something different.
Hilarious, jaunty and bold, GIRL UP exposes the truth about the pressures surrounding body image, the false representations in media, the complexities of a sex and relationships, the trials of social media and all the other lies they told us.