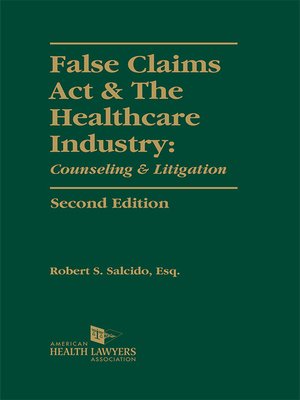 Significant events have occurred regarding the government's enforcement and administration of the False Claims Act (FCA) in the last few years. The government has continued to negotiate major settlements against healthcare entities. And the courts have issued numerous decisions that impact the manner in which healthcare businesses are organized and operated. In 2012, the Department of Justice announced that $3 billion of the $5 billion recovered under the FCA was health-related. With these recent developments in FCA litigation and the rapidly developing case law, you will need the Second Edition of False Claims Act & the Healthcare Industry and the 2013 Cumulative Supplement.