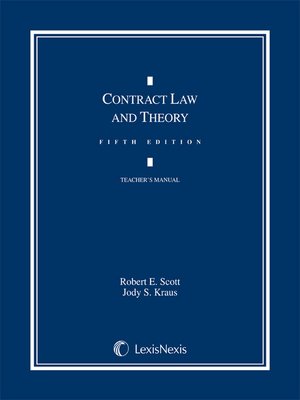 This edition of Contract Law and Theory, the leading theoretical casebook on contracts, continues to emphasize Article 2 of the Uniform Commercial Code. Contract Law and Theory begins with an overview chapter. Many of the following chapters contain introductory essays presenting some of the basic doctrines and theoretical approaches covered in the chapter. The Third Edition incorporates many relatively recent cases to help address the concepts of contract law in contemporary language and settings. The book includes material from the Convention on Contracts for the International Sale of Goods.