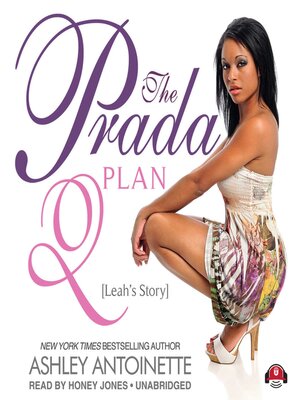 Ashley Antoinette, of the Ashley & JaQuavis writing duo, steps out on her own once again with the next installment of her scandalously sexy Prada Plan series!

When you've been labeled crazy all of your life, it's easy to commit a murder, and now street fiction's most infamous bad girl, Leah Richards, holds the fate of an entire family in her hands. After coming in second place to YaYa in the race to win Indie's affection, Leah decides that enough is enough and kidnaps the loving couple's baby girl. Playing a deadly game of cat and mouse, she turns their world upside down. They desperately fight to keep their daughter alive, but there is more to Leah's insanity than meets the eye.

YaYa's world is falling apart, and all she wants is to have her daughter back unharmed. After leaving her old lifestyle behind, she thought she could start fresh, but old demons have surfaced, and now she needs a Prada Plan more than ever to come out on top. When truths turn out to be lies and revenge is the motive for death, she doesn't know who to trust or where to turn. Will Leah kill baby Skylar? Will YaYa and Indie live happily ever after? Can Indie keep his reign over Houston without falling victim to the game? All of your questions will be answered in this heart-pounding sequel.