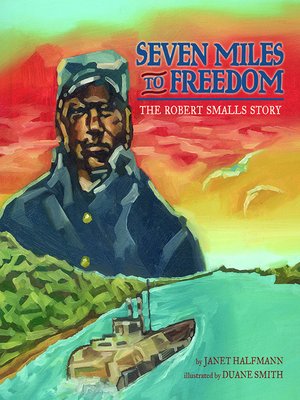 Growing up a slave in South Carolina, Robert Smalls always dreamed of the moment freedom would be within his grasp. Now that moment was here.

Robert stood proudly at the Planter's wheel. Only seven miles of water lay between the ship and the chance of freedom in Union territory. With precision and amazing courage, he navigated past the Confederate forts in the harbor and steered the ship toward the safety of the Union fleet. Just one miscalculation would be deadly, but for Robert, his family, and his crewmates, the risk was worth taking.

Seven Miles to Freedom is the compelling account of the daring escape of Robert Smalls, a slave steamboat wheelman who became one of the Civil War's greatest heroes. His steadfast courage in the face of adversity is an inspiring model for all who attempt to overcome seemingly insurmountable challenges.