The Tremor of Forgery 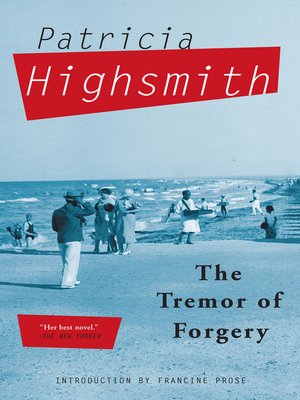 View more libraries...
An expatriate is beset by dark temptations in this tale by the author of The Talented Mr. Ripley: "Her best novel" (The New Yorker).

Set in Tunisia in the mid-1960s, this is the story of Howard Ingham, an American writer who has gone abroad to gather material for a movie too sordid to be set in America. Ingham is cool toward the girlfriend he left behind in New York—but his feelings start to change when she doesn't answer his increasingly aggravated letters, and the filmmaker who hired Ingham fails to show in Tunisia.

Amid the tea shops and alleys of the souk, the sun-blasted architecture, and the beaches and hotels frequented by international tourists, Ingham tries to pass the time by working on a writing project. But a series of peculiar events—a hushed-up murder, a vanished corpse, secret broadcasts to the Soviet Union—will pull him in, and may finally put his increasingly fragile sense of morality to the test.