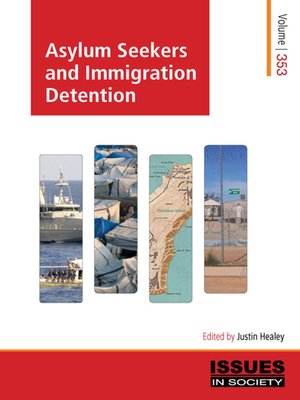 The record rate of unauthorised and unsafe boat arrivals on Australian shores has further fuelled the longstanding asylum seeker debate and prompted the federal government to seek an effective solution to a seemingly intractable border control problem. The government's recent policy backdown which resulted in the reintroduction of offshore processing for asylum seekers while at the same increasing the annual refugee intake, has drawn both praise and condemnation. Should Australia "turn back the boats" of the so-called "queue jumpers" to deter the unsafe and unscrupulous practices of people smugglers? Should Australia maintain offshore processing in other countries such as Nauru and Papua New Guinea (Manus Island), or process asylum seekers onshore in Australia? What are Australia's obligations to asylum seekers under the Refugee Convention and under its own laws? Is the practice of prolonged mandatory detention adding further trauma to the lives of people who may have already fled from desperate situations in their homelands? Also includes: Worksheets and activities ; Fast facts ; Glossary ; Web links ; Index.