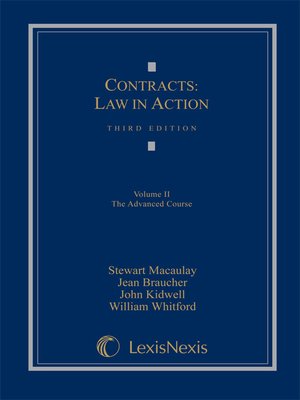 The original edition and this revision both take the "Law in Action" part of the title seriously. Both put contracts problems in context and focus on contracts problems that students will face when they become lawyers. This allows professors to teach a course both more theoretical and more practical at the same time.

American contract law is messy and often contradictory. Even when the rules stay more or less the same, their application varies from court to court over time. The book helps students see the hard choices lurking behind what seem to be the simple rules of contract law and prepares them to hit the ground running when they begin practice.

While much material remains unchanged, the major updates are on interesting and important matters such as: