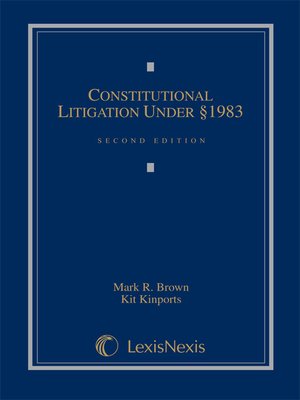 Constitutional Litigation Under § 1983 exhaustively analyzes the varied problems that arise in civil rights suits alleging violations of the United States Constitution. The cases, questions, and commentary not only survey the stumbling blocks plaintiffs and defendants are likely to encounter in this type of federal litigation, but also address peculiar problems that tend to arise with specific constitutional rights - such as the Fourth Amendment's proscription on unreasonable searches and seizures, the Fifth Amendment's requirement of just compensation, and the Due Process Clause's requirements for properly extracting taxes. Topics include: