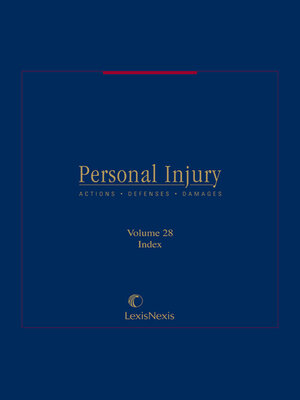 The largest and most comprehensive case law compendium in legal literature provides encyclopedic treatment of the personal injury law of every American jurisdiction.