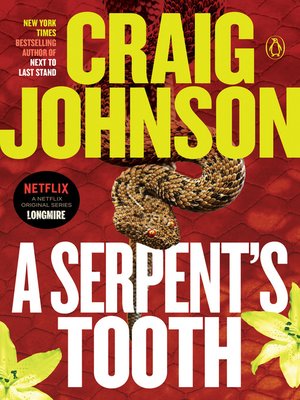 View more libraries...
“It’s the scenery—and the big guy standing in front of the scenery—that keeps us coming back to Craig Johnson’s lean and leathery mysteries.”
—The New York Times Book Review
The ninth Longmire book from the New York Times bestselling author of Land of Wolves
It’s homecoming for the Durant Dogies when Cord Lynear, a Mormon “lost boy” forced off his compound for rebellious behavior, shows up in Absaroka County. Without much guidance, divine or otherwise, Sheriff Walt Longmire, Victoria Moretti, and Henry Standing Bear search for the boy’s mother and find themselves on a high-plains scavenger hunt that ends at the barbed-wire doorstep of an interstate polygamy group. Run by four-hundred-pound Roy Lynear, Cord’s father, the group is frighteningly well armed and very good at keeping secrets.
Walt’s got Cord locked up for his own good, but the Absaroka County jailhouse is getting crowded since the arrival of the boy’s self-appointed bodyguard, a dangerously spry old man who claims to be blessed by Joseph Smith himself. As Walt, Vic, and Henry butt heads with the Lynears, they hear whispers of Big Oil and the CIA and fear they might be dealing with a lot more than they bargained for.