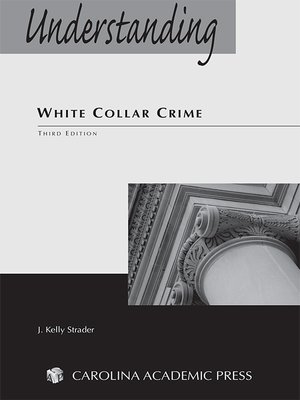 White collar crime is primarily based upon a complex set of statutes. Understanding White Collar Crime provides the texts of the statutes, along with analyses of the statutes' elements. Because many of these statutes are open to varying interpretations, the book also extensively discusses the main cases interpreting the statutes, including a large number of U.S. Supreme Court cases. Finally, the book discusses the significant policy issues that arise in white collar crime investigations and prosecutions, such as enforcement barriers and prosecutorial discretion.