ebook ∣ The New Science Explaining How Sexes Relate at Work, at Play and in Society 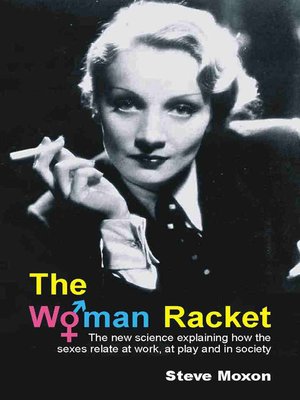 His first book, The Great Immigration Scandal (2004), blew the whistle on abuses within the Home Office and led to the resignation of the immigration minister, Beverley Hughes. Although attacked at the time by the government and the 'liberal' media for alarmism, Moxon's analysis has now been adopted by most of the major political parties. Indeed his views on the dangers of multiculturalism were even echoed by the Chairman of the Commission for Racial Equality, leading the Evening Standard to claim 'Moxon appears not so much a racist as a visionary'.But immigration was never his primary interest, in fact he joined the Home Office in order to study its HR policy, as part of a decade-long investigation of men-women. This book is the result. Notwithstanding its provocative title, The Woman Racket is a serious scientific investigation into one of the key myths of our age - that women are oppressed by the 'patriarchal' traditions of Western societies. Drawing on the latest developments in evolutionary psychology, Moxon finds that the opposite is true - men, or at least the majority of low-status males - have always been the victims of deep-rooted prejudice. As the prejudice is biologically derived, it is unconscious and can only be uncovered with the tools of scientific psychology.The book reveals this prejudice in fields as diverse as healthcare, employment, family policy and politics: compared to the long and bloody struggle for universal male suffrage, women were given the vote 'in an historical blink of the eye'.