The Law of Evidence in the District of Columbia 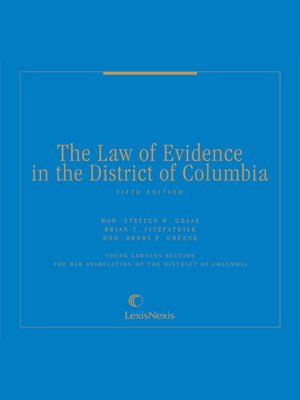 Each Federal Rule of Evidence is set forth at the outset of a section. Since Federal Rules are not applicable in the District of Columbia, the treatise next provides a concise comment preparing the particular Federal Rule with local practice. The treatise then presents case annotations showing the development and current state of the law in the local courts. Given the influence of its pronouncements, case annotations of the United States Supreme Court are also included. An Historical Appendix includes legislative history, as appropriate, for each Federal Rule of Evidence included in Chapters 1 through 11.